LinkedinFacebook
In the Long Run

Eric Tang, partner at Morley Chow Seto is a passionate ultra-distance runner who loves to combine his races with travel.

There was no grand opening to my running life. It was the result of both a mistake and a little coercion. I was forced into my first cross country race by my school when I was aged 12. When I was in high school I was told that I had to sign up with at least one school team and the athletics team was the only team that was still available, so I checked that box.

During my teenage years, I ran middle distance (800m and 1500m) but then I stopped running during university. I ran the odd half marathon but longer races like marathons looked a million miles away at that time. It was during my days as a trainee solicitor when my colleagues fed me with the idea of trying to run longer distances.

My first rendezvous with this was when I was “persuaded” by former Chairman of the Law Society, Mr. Simon Ip and his partner in crime, Mr. Andy Tang to take part in the Oxfam Trailwalker in 2011. I enjoyed it so much that I started looking at longer races. I ran the 160km UTMF (around Mount Fuji) in 2013 and 2014, my first ultramarathon, and since then I have run in the UTMB (around Mont Blanc) 4 times, the Lavaredo Ultra Trail in the Dolomites in 2017, the Diagonale Des Fous in Reunion in 2017 and 2018, and the TNF 100 Korea in 2018.

I always enjoy running mainly because it is pure, simple and requires discipline. Over time, I found that the longer distances were more enjoyable and rewarding than the shorter ones. The longer races usually take place at less accessible places which means there are more spectacular landscapes. These races are structured to include checkpoints for family and friends to assist participants. This allows my family and friends to get involved in the race and be part of it. Running has always presented itself to be a solo sport, but the structure of the longer races has turned it into a team sport.

Pain and suffering are by-products of the longer races and they also put your character to the test. You have to manage yourself, and in doing so you are forced to be true to yourself. The trail will humble you as it compels you to recognise your physical and mental weaknesses. It forces you to reflect. In a 40-hour race there is plenty of time and a lot of room for reflection. This experience is something I find extremely valuable both personally and professionally. Also, combining races with travel is a great way to bond and get to know your companions on a different level.

I recently finished my 4th UTMB (a 160km race around Mont Blanc in Europe). Prior to this year, I had completed the UTMB each year and always bettered my previous best time. My goal this year was to finish the course under 30 hours. The race started at Chamonix on 31 August at 6:00pm which meant that all runners had to spend at least one night out on the trail. We were warned on the day of the race that it would be cold up there and the temperature could drop to -10 degrees on parts of the course. Whilst it may have concerned many runners, it was in fact the perfect weather for me. Being a 4th timer also meant I had a fairly good understanding of the course.

I was having a perfect race and I was ahead of the time I set as my goal. I adjusted my goal to go faster, and as the course progressed, I was gradually feeling the weight of my legs. I felt confident and strong. I was going downhill (around 1-2 km from the 140km check- point) and was distracted by a photographer. I tripped and fell. I can only remember landing with my face towards the ground but when I came to a stop I was facing the sky. I was on the ground for a while and slowly I started assessing whether I had any serious injuries. Just as I was concluding that there were no serious injuries which would prevent me from going on, I heard an inner voice telling me to quit: I had already done well in getting here, it was a good time, it was not my fault, and I should not think less of myself. But some reflexive reaction borne of the hours of training compelled me to continue. I quickly told the photographer to call off any assistance and to please help me stand up so that I could continue. After the race, when I had the opportunity to reflect upon it, I was so surprised by the fact that despite having a good race, the devil had been lurking – waiting for the right moment to attack. It reminded me that even in good times we should not let ourselves off guard.

Long races require a lot of team work. During a long race my race crew will be rushing (sometimes meaning 2 to 3 hours) to different checkpoints to set out the food and drink store only for me to arrive and stay for a few minutes. At times it also means they are similarly being deprived of sleep when I am racing overnight. For this, I have been very fortunate to have the unfailing support of my wife and family. My team is more than just my support team on the race. It includes my colleagues at Morley Chow Seto who have been a family to me and have been the most supportive colleagues one can imagine. We work so closely together as a team that it permits me to focus on my races. Also, my coach, Andy Dubois from Mile27, has instilled a regime and belief in myself for which I am grateful. Ultimately, I am just an avatar delivering the combined effort of all those supporting me. 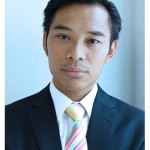 Eric is one of the founding members of Morley Chow Seto (MCS). He received his Bachelor degrees in Law (LLB) and Social Science (BSc) from the University of New South Wales, and his Postgraduate Certificate in Laws (PCLL) from the City University of Hong Kong.

Eric appears in all levels of court, as advocate, instructing solicitor or fiat prosecutor. He also has experience in other non-contentious matters including licensing and regulatory matters. Eric is a member of the Law Society Criminal Law and Procedure Committee which considers and reviews all matters relating to the law, procedure and practice of criminal law in Hong Kong.

This article originally appeared in Hong Kong Lawyer, the Official Journal of the Law Society of Hong Kong: In the Long Run