Anita has over 30 years of experience in criminal practice in Hong Kong with a focus on white collar defence work, securities and regulatory enforcement matters. She has the insight and tenacity in handling a broad range of cases involving complex commercial crime, corruption, money laundering and fraud. Anita has been assisting individuals and senior management of corporations in understanding, pre-empting and mitigating the impact brought on by law enforcement actions. She is familiar with all stages of criminal investigations and prosecutions and has handled cases at all levels of courts from Magistrates’ Court to the Court of Final Appeal. She is often recommended and referred clients from peers in the legal profession as well as from other professionals in the banking and finance sectors.

Throughout the years, Anita has continuously been involved in tackling investigations and prosecutions by different law enforcement agencies such as the Independent Commission Against Corruption, the Commercial Crime Bureau of the Hong Kong Police and the Securities and Futures Commission.

In recent years, Anita has been working with lawyers from different jurisdictions in matters involving parallel inquiries in other countries such as the United States of America, Singapore, France, Malaysia and the People’s Republic of China.

Anita set up Morley Chow Seto after 25 years at a leading criminal law firm where she joined as a trainee, qualified in 1991 and became a partner 6 years later.

Anita has been recommended by the ExpertGuides in their White Collar Crime Lawyers and Women in Business Law sections. 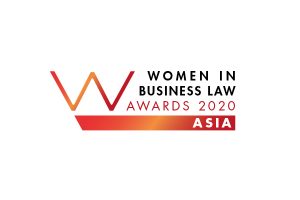 She has also been nominated as a finalist in IFLR’s Women in Business Law Awards Asia-Pacific 2020 (White Collar Crime) division.