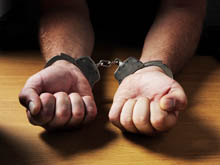 Most government law enforcement agencies have powers of arrest. Powers of arrest are usually vested in a government law enforcement officer (whether it be e.g. a police officer or an ICAC officer) when that officer reasonably believes that an offence has been or is about to be committed. Police officers have a right to detain, to search and to question suspected persons. In most cases, you should be informed of your rights if you have been detained. These rights include having a solicitor or barrister present during any interview and communicating privately with a solicitor or barrister instructed by or on the suspect’s behalf. The laws relating to powers of arrest, detention, search and questioning go back centuries. Fortunately, in Hong Kong, the exercise of these powers is circumscribed by law and by the frequent intervention of the judiciary to uphold the rule of law. See also Bail Application under Court.

The decision whether to prosecute a person vests in the Department of Justice, headed by the Director of Public Prosecutions. Sometimes for a first offender facing a charge for a non-serious offence, the effect of a conviction can nonetheless be serious and far-reaching. A conviction can have consequences for your employment or for your immigration status in Hong Kong or elsewhere. Sometimes, it may not be in the public interest that an individual is prosecuted having regard to the circumstances of the offence, the circumstances of the offender, or both. If faced with a criminal charge we can advise you and make representations on your behalf, if appropriate, to seek to persuade the Department of Justice to apply to the Court to withdraw the charge and bind you over to be of good behaviour. If this course is adopted and accepted by the Court, you are acquitted of the criminal charge and you do not have a criminal conviction. As long as you commit no further offence in the future, your criminal record remains clear. 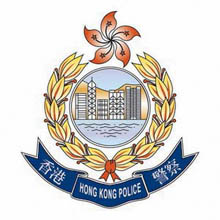 The Commercial Crime Bureau is a special branch of the Hong Kong Police Force that investigates serious and complex commercial fraud; and the counterfeiting or forgery of currency, coinage, credit cards, other commercial instruments and travel and identity documents. It liaises very closely with international law enforcement agencies on the exchange of intelligence and in putting into requests for investigation from other jurisdictions alleging criminal conduct in relation to commercial transactions. The CCB offices are located at Arsenal Street in Admiralty. The Technology Crime Division is under the CCB and is tasked with carrying out technology related investigations, collection of digital evidence, and the forensic examination of computer system. See also White Collar Crime and Computer Crime. 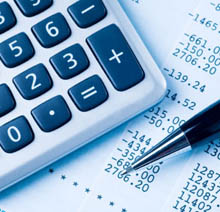 If a Defendant is acquitted of a criminal charge the Magistrate or Judge has a discretion to award that Defendant his/her reasonable legal costs. In exercising the discretion whether to award costs, the Magistrate will look at various factors such as whether the Defendant brought suspicion upon him/herself and/or misled the Prosecution into believing the case was stronger than it was; the manner of the acquittal i.e. was it because of a technicality; and how the defendant conducted him/herself in the course of the investigation and the trial. The main legislation on an award on costs in criminal proceedings is in the Costs in Criminal Cases Ordinance, Cap 492; the Criminal Procedure Ordinance, Cap 221; and the Magistrates Ordinance, Cap 227.

There are 5 main Courts in Hong Kong as follows: 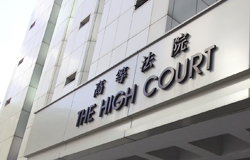 Every criminal case starts in the Magistrates Court. Generally, the least serious offences are tried and sentenced in the Magistrates Courts. The more serious offences are transferred to the District Court or committed to the High Court. Our lawyers represent clients in these Courts on a daily basis. In the lower Courts we often represent clients without Counsel. However we also regularly instruct barristers (Counsel) working as a team to defend our clients in the High Court. 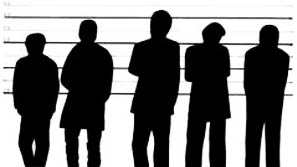 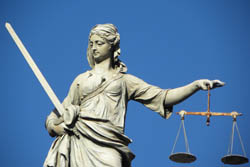 If a person is accused of an offence and it is in the public interest, sometimes if he/she agrees to give truthful evidence for the Prosecution, he/she can be given an immunity from Prosecution. This means that he/she will not be prosecuted. The terms of the immunity need to be carefully worded and understood before the immunity is agreed, as do the consequences when giving evidence under an immunity.

if you are refused bail at a court hearing; are remanded in custody pending the preparation of pre-sentence reports after conviction; or are sentenced to a term of imprisonment following conviction in court, you will most likely be ordered to spend time in a facility run by the Correctional Services Department (CSD). A person who has been arrested following a request for extradition will also normally be refused bail and will be remanded in custody pending the determination of the request. On occasions a court can order a period of remand to be in Police or ICAC custody. But the usual order is for the remand period to be in CSD custody. The CSD run separate facilities for men and women; for young offenders between 14 and 20; for offenders involved with dangerous drugs who need rehabilitation; and half-way houses for those who are being released following a period of training or rehabilitation. There are also custodial wards in some hospitals in Hong Kong. For adult males the usual place of remand is Lai Chi Kok Reception Centre. For adult females the usual place of remand is either Tai Lam Centre for Women or Lo Wu Correctional Institution. Persons sentenced to imprisonment will be sent to a facility run by the CSD according to the level of security deemed appropriate. The types of CSD facility available are maximum, medium and minimum security.

The CSD allows social visits from friends and relatives. The frequency and duration of the visits depends on whether the person is remanded or convicted. If you need information on how to visit a friend or relative you can visit the CSD website here: http://www.csd.gov.hk

We make legal visits to remanded and convicted persons on a daily basis to CSD facilities in Hong Kong. On instructions either from a person remanded or convicted, or a friend or relative of that person, we are able to visit the CSD facility to give legal advice on bail, evidence and criminal procedure in the courts. Often if a defendant is remanded for a long period of time he/she may want updates on the case and on what is happening or likely to happen. We are able to liaise with the Department of Justice on these matters and to advise in conference at a legal visit in Lai Chi Kok or elsewhere.

The Superintendents’ Discretion Scheme allows for a police officer of or above the rank of Superintendent to issue a caution to a juvenile offender (who has not yet reached the age of 18) as an alternative to criminal prosecution. It is sometimes known as a “Superintendent’s Warning”. Certain pre-requisites apply before a juvenile offender can be dealt with by way of the Superintendents’ Discretion Scheme. Also, the Superintendent when deciding whether to exercise his discretion will consider the nature, seriousness and prevalence of the offence, the offender’s previous record, the attitude of any complainant and the attitude of the offender’s parent or guardian. If you are young and are to be charged with a criminal offence, we can approach the Police on your behalf to seek that your case be dealt with in this way. 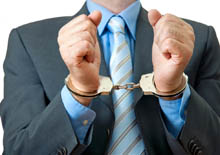 White Collar Crime is the name often given to describe financially motivated non-violent crime committed by business and government professionals. Two of our partners, Anita Chow and Christopher Morley, have been consistently recognised as top practitioners in White Collar Crime in Hong Kong since 2008 by the Legal Media Group Guide to the World’s Leading White Collar Crime Lawyers. Follow this link to read more.

Typically white collar crime is a term used to include such crimes as corporate fraud, bribery, insider trading, embezzlement, cybercrime, money laundering and forgery. Issues can often arise as to how evidence is ingathered and presented either because it is banking evidence kept on computers or because it needs to be gathered overseas. Many white collar offences arise from the Theft Ordinance and many also involve applications under the Mutual Legal Assistance in Criminal Matters Ordinance, Cap.525. Further consideration also often has to be given to the money laundering provisions of section 25 of the Organized and Serious Crimes Ordinance, Cap 455. Our partners are recognized leaders in the representation of corporations, directors, management and other individuals alleged to be involved in White Collar Crime in Hong Kong.