After three years of public consultation, the Securities and Futures Ordinance (“SFO”) came into operation on 1 April 2003.

The SFC is a regulatory and investigatory agency with extensive powers. Section 179 gives the SFC powers of investigation and to require the production of documents and records in respect of criminal or other misconduct involving a corporation that is or was listed. When interviewed by the SFC, section 184 makes it an offence for an interviewee to fail to answer questions raised by a SFC investigator.

One of the changes brought about by the SFO in 2003 was the introduction of a dual civil and criminal regime in relation to all types of market misconduct. Under the SFO, ‘market misconduct’ includes six offences: insider dealing, false trading, price rigging, disclosure of information about prohibited transactions, disclosure of false or misleading information inducing transactions and stock market manipulation. Previously, insider dealing was not a criminal offence and was dealt with through civil proceedings before the Insider Dealing Tribunal. The dual civil and criminal regime means that the SFC can either bring a civil case before the Market Misconduct Tribunal or commence criminal proceedings against, e.g. an insider dealer.

Although criminal proceedings are generally brought by the Secretary for Justice, section 388 of the SFO empowers the SFC to commence, in its own name, and prosecute summarily in the Magistrates’ Court, any offence under the SFO as well as certain offences under the Companies Ordinance, Cap 32. Under the same section, an employee of the SFC is given the rights to appear before a magistrate in a prosecution brought by the SFC as if the employee was a qualified barrister or solicitor.

The decision as to whether to bring civil or criminal proceedings in relation to suspected market misconduct is made by the Secretary for Justice in accordance with the Department of Justice’s Prosecution Policy – Guidance for Government Counsel. However, when the SFC decides to summarily prosecute less serious market misconduct before a Magistrate, it is also guided by the policy.

In recent years, the Securities and Futures Commission has stepped up its rate of investigation and prosecution. Currently SFC summonses are handled by the SFC itself, whereas prosecutions by indictment are handled by the Department of Justice. Recently, there have been prosecutions for false trading under section 295; insider dealing; price-rigging (under section 296) through the use of ‘matched` trades between related accounts; obtaining access to a computer with dishonest intent in order to conceal losses; using false instruments; dealing with the proceeds of an indictable offence (see Money Laundering); using documents with intent to deceive his principal; fraud; misleading the SFC during an SFC investigation; and market manipulation. As the SFC has no powers of arrest, cases are often referred to the Commercial Crime Bureau. Referrals to the SFC can be made by the Hong Kong Monetary Authority. Subsequent to a conviction, the SFC often seeks disqualification orders preventing a person re-entering the industry. Our team has represented persons under investigation by the SFC and can assist should you find yourself in need of legal representation if prosecuted by the SFC. We can assist you, for example, if you are being investigated under section 182 of the Securities and Futures Ordinance, Cap 571, or if you receive a notice under section 185 of the Securities and Futures Ordinance, or if you face disciplinary action under section 192 or 194. If you are charged with an offence we can advise you if you can rely on any statutory defences to negate the commission of the offence.

Section 295 of the SFO makes it an offence for a person, whether in Hong Kong or overseas, intentionally, or being reckless, to create a false or misleading appearance (1) of active trading in securities or futures contracts; or (2) to create or maintain an artificial price for securities traded on a relevant recognised market or by means of automated trading system. The concept of “wash sales” and “matched orders” was also introduced under the same section. Under section 295(5), a strict liability concept is introduced and regulators or prosecutors will only need to prove that a person has engaged in wash sales or matched orders in order to find the person guilty.

The decision of the Court of Final Appeal in Fu Kor Kuen Patrick and Lee Shu Yuen Francis v HKSAR, FACC 4/2011. is an important landmark case in false trading. It provides useful guidance in relation to the statutory defence to false trading under section 295(7). Under this provision, it is a defence to a charge of false trading for the person to prove that the purpose for which he committed the act was not the purpose for creating a false or misleading appearance of active trading or creating or maintaining an artificial price. Relying on this statutory defence, the convictions of both appellants were quashed by the Court of Final Appeal. Our partners, Mr. Eric Seto and Ms Anita Chow, were the instructing solicitors for both appellants in this case.

Interview by the SFC

The SFC has power to require “a person under investigation” or a person whom the investigator has reasonable cause to believe has in his possession any record or document which is relevant to an investigation to attend before an SFC investigator to answer questions under section 183 of the SFO. He/she will usually be served with what is commonly known as a “section 183 notice”. A person who, without reasonable excuse, fails to comply with the notice or answer a question raised by the investigator, commits an offence and is liable to a maximum fine of HK$200,000 and to imprisonment for one year on conviction on indictment.

When invited by the SFC to attend an interview, it is of vital importance to be aware of the privilege against self-incrimination under section 187. Our solicitors are experienced in attending SFC interviews with clients to make sure that their rights are protected.

Although prohibited since the 1970s, insider dealing has only become a crime in Hong Kong since 2002 by virtue of section 291 of the SFO. A person connected with a listed company and having information he knows is relevant information commits an offence if he or she deals in the listed securities or counsels or procures another person to deal in such listed securities. There are three classic types of insider dealing:-

To prove a crime of insider dealing, the prosecution has to prove two essential elements:-

Offence of Disclosure of False or Misleading Information Inducing Transactions 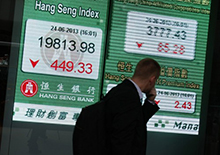 Section 296 of the SFO makes it an offence for a person to engage in
price rigging activities. It covers 2 types of conduct involving:

1. persons engaging in a wash sale of securities (buying or selling securities without a change of beneficial ownership) which has the effect of maintaining, increasing, reducing or causing fluctuations in the price of securities traded on a relevant recognised market.

2. persons engaging in fictitious or artificial transactions or devices with the intention that, or being reckless as to whether, it has the effect of maintaining, increasing, reducing, stabilising or causing fluctuations in the price of substitutes or futures contracts.

Restriction on Carrying on Business in regulated activities 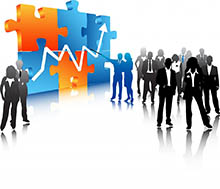 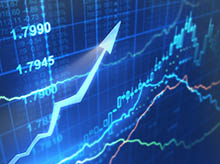 Under section 299 of the SFO, it is an offence for a person to enter into 2 or more transactions in securities that by themselves increase, reduce, stabilise or maintain the price of any securities traded on a relevant recognized market. This section deals with securities trading only.