In 2012 Hong Kong enacted the Anti-Money Laundering and Counter-Terrorist Financing (Financial Institutions) Ordinance, Chapter 615 (AMLO). This provided for the imposition of requirements relating to customer due diligence and record-keeping for specified financial institutions like securities companies, insurance companies and banks. In addition, under AMLO, authorized persons from certain government departments are given powers of inspection to ascertain compliance with this Ordinance.

The JFIU was set up in 1989 to receive reports about suspicious financial activity. The JFIU is run jointly by staff of the Hong Kong Police Force and the Hong Kong Customs & Excise Department. It is based at Police Headquarters in Arsenal Street, Wanchai and manages suspicious transaction reports (STRs) by receiving, analysing and storing STRs and disseminating them to investigating units in Hong Kong.

Money Laundering under OSCO and DTROP 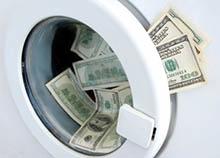 The Organized and Serious Crimes Ordinance (OSCO), Chapter 455 was first enacted in 2002. Prior to that the main money laundering legislation was contained in the Drug Trafficking (Recovery of Proceeds) Ordinance (DTROP), Chapter 405. Although this Ordinance is still on the statute books, it has now been substantially overtaken by OSCO. Section 25 of this Ordinance makes it an offence for any person to deal in property (whether it be cash, real estate, shares or whatever) where he/she has reasonable grounds to believe that it is the proceeds of crime. Section 25A imposes reporting obligations on persons who know or suspect they are handling the proceeds of crime. We can advise on all aspects of OSCO including when a report should be made and how to make it. If you face a charge of money laundering our team has many years of experience in the provisions of OSCO and will advise you on the way forward.

Under OSCO and the DTROP the Secretary for Justice can make an application to a Judge to restrain or “freeze” property belonging to persons arrested for, or charged with, certain offences. If the order is made it is then served on the affected parties e.g. the arrested person and the bank where his money is held. After the order is served it has the effect of preventing any person dealing with that property unless the Judge permits it. If the person is eventually convicted and it is shown that the person has received the proceeds of crime, then the Secretary for Justice may apply for permanent confiscation or forfeiture of the property that has been stolen.

On 10th November 2014 the Court of Final Appeal unanimously allowed the appeal of Pang Hung Fai against his earlier conviction for money laundering in the District Court. In an important judgment delivered by Mr. Justice Spigelman NPJ, the Court of Final Appeal examined the interpretation of the words “having reasonable grounds to believe” where it appears in section 25(1) of the Organized and Serious Crimes Ordinance, Cap 455. Mr. Justice Spigelman stressed the importance of maintaining the focus of inquiry on the defendant, and not on what have become to be known as the “objective” and “subjective” elements of the offence. It must now be shown that the defendant had reasonable grounds to believe that the property with which he dealt represented the proceeds of crime. The personal beliefs, perceptions and prejudices of a defendant are relevant and can be given weight by a judge or jury when assessing whether a particular defendant had reasonable grounds to believe that property represents the proceeds of crime. Please navigate to this LINK to read more about this recent CFA judgment.

In another case, the Court of Final Appeal was asked whether the offence of money laundering could be committed where a person dealt with funds that were known not to derive from any offence but which were used in the furtherance of such an offence. The Department of Justice had argued that the concept of “proceeds of an indictable offence” was wide enough to extend to money or property received in circumstances in which such receipt may be said to be “in connection with” the commission of an indictable offence even if that money or property is known not to be tainted as a benefit received on account of the commission of such offence. The Court of Final Appeal rejected that interpretation of OSCO. It held that the ordinary meaning of “proceeds” was money or property derived from the commission of an offence. Further, the Court of Final Appeal accepted that, interpreting sections 2(6)(a) and 25(1) in the light of OSCO’s fundamental purpose, the word “proceeds” had to be understood to refer only to money or property which represented an economic benefit gained by the relevant defendant in connection with the commission of the underlying indictable offence.