If you or a friend or family member have been convicted of an offence and you are not happy with result, we can advise you on appeal. Your appeal can be against conviction and/or the sentence imposed by the Judge. There are time limits, depending on in which court you are convicted, within which an appeal should be commenced. We can advise on the merits of an appeal against conviction or sentence and the time frame within which to bring it.

Some examples of recently handled appeals by MCS: 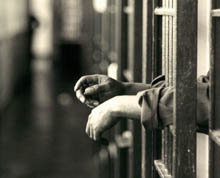 Bail is the process by which a person suspected or charged with an offence is granted liberty subject to conditions. Where a person is being investigated by a government agency such as the Police or the ICAC, that government agency can release that person on bail subject to payment of cash or a promise to return (known as a recognizance) at a future date. Where a person is charged with a criminal offence and appears before a Magistrate in Court the Magistrate has power to grant bail (known as Court Bail) subject to such conditions as he/she thinks appropriate. Those conditions can include one or more of the following: the surrender of your passport; that you reside at an address given; that you report to a nearby Police station or the offices of the ICAC at regular times; that you pay a sum of money into court; or that someone promises (sometimes backing up the promise with cash paid into court) to make sure that you return for the next court date (known as surety); that you have no contact with any possible witnesses in the case against you. If a Magistrate refuses to grant you bail, you can make an application to a Judge sitting in the High Court to re-consider your bail. We are able to guide you through the whole bail process and to make representations to the Police or ICAC if you are in their custody; or in court to a Magistrate, District Court Judge, or High Court Judge on your behalf. We can advise you of the best approach in order to obtain bail and the assurances or guarantees that a court may require as a condition if you are to be granted bail. 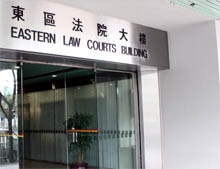 Sometimes if a person is charged with a criminal offence, at his first appearance in Court, the Magistrate or Judge will order that the Defendant be brought up for mention at a later date. Sometimes this is to determine whether the charge will proceed. Sometimes this is because, although the prosecution have charged a defendant, they are not yet ready to proceed with the charge because they are still obtaining evidence or have not decided on the correct charge. Sometimes it may be because the Defence want to make representations to the Department of Justice.

Often the court will ask the Prosecution and Defence to attend a hearing to ascertain what issues are for determination at trial and/or what needs to be done by the parties to make the case ready for trial. This is often done at a Pre-Trial Review, known by lawyers as a PTR.

If you plead guilty to an offence or are found guilty after trial, before a Magistrate or Judge sentences you, he/she will hear mitigation from your lawyer. The aim of mitigation is to present information to the Magistrate/Judge with a view to persuading him/her to impose as lenient a penalty as possible in the circumstances. The information presented can include your background, the circumstances of the offence and any precedents or cases that are relevant. For many, the imposition of a custodial sentence can have catastrophic effects on family and employment. Magistrates and judges have a wide range of sentencing options available depending on the age of the offender, the type of offence committed, the legislation involved and the predecents set by higher courts. It is essential that all relevant information is presented to the sentencing Judge/Magistrate before he/she proceeds to sentence so that alternatives other than imprisonment can be considered. Particularly for young offenders, alternatives to imprisonment are often considered (see Young Offenders below). For dangerous drugs offenders charged with possession, the emphasis is often on their rehabilitation. Sometimes if imprisonment is likely, there may exist exceptional reasons why the period of imprisonment should be suspended. Our lawyers have for many years been pleading mitigation for clients convicted of criminal offences. 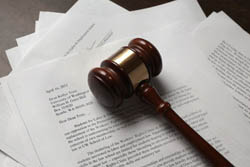 If you are convicted of a criminal offence in Hong Kong, you do not always go to prison. Magistrates and judges, to a large extent, have a degree of discretion when deciding the appropriate sentence. A sentence of imprisonment can for instance be suspended. Community Service and Probation Orders are often made. There is also an array of sentencing options for young offenders. Please see Plea in Mitigation / Young Offenders.

The Criminal Procedure Ordinance (section 109B(1)) prevents a sentencing Magistrate or Judge from imposing a suspended sentence of imprisonment for certain offences. These offences (listed in Schedule 3 of that Ordinance) include assaulting a police officer (under section 36 of the Offences against the Persons Ordinance); possession of an offensive weapon (under section 33 of the Public Order Ordinance), indecent assault, and wounding (under section 17 of the Offences against the Persons Ordinance). Following a report by the Centre for Comparative and Public Law of the University of Hong Kong, the Law Reform Commission published a Report in February 2014 recommending the repeal of Schedule 3 excepted offences so that a Magistrate’s or Judge’s hands are not ‘tied’ when imposing sentence, allowing him/her full discretion in sentencing having regard to the facts of the offence and the offender. But as matters currently stand, if you are convicted of certain excepted offences a suspended sentence of imprisonment is not an option. If you are being investigated for an excepted offence, or are charged with an excepted offence, there may be an alternative provision with which you can be charged which brings you outwith the ambit of the excepted offences provisions. It is important that these alternatives are explored on your behalf so that in the event of a conviction, all sentencing options are available.

If you are charged with a criminal offence and you plead not guilty, the court will fix a date for a trial when the Prosecution will lead the evidence that it has to try to prove the charge. Usually the trial is fixed for a date a couple of months later, but this time can be longer or shorter depending on factors like the availability of witnesses or the court’s diary. Thorough preparation for the trial is essential. This involves a close examination of the Prosecution witness statements and all the exhibits that the Prosecution intend to rely upon. But it also involves an examination of witness statements and exhibits that the Prosecution do not intend to rely upon. These are sometimes referred to as “Unused Materials”. When all the materials are ingathered, we take your instructions and prepare for the trial, arranging the attendance of any witnesses and the production of any witnesses that may help you. If a barrister is to be instructed for your defence, we relay your instructions to the barrister and arrange conferences with the barrister to discuss the details and strategy for the trial. At the trial, the Prosecution can call evidence of its witnesses testifying under oath or affirmation, exhibits (such as documents) can be produced, and any voluntary admissions made by a Defendant can be shown to the Judge. Witnesses can be cross-examined and the production of exhibits and admissions, if involuntary, can be challenged by the Defence. Also as a Defendant, if you have a case to answer, you have the right to bring your own witnesses to support your case, and to produce documents and other relevant exhibits as evidence. In any criminal charge, the burden rests on the Prosecution to prove the charge or charges beyond a reasonable doubt. All our lawyers have extensive experience in conducting trials. We can advise you on all steps in the trial process and can represent you throughout the trial.

If you face a trial in the High Court it will be before a jury. There is no right to a jury trial in the Magistrates’ or District Courts.

It is a longstanding legal requirement that in prosecuting juveniles the court must give priority to their welfare. If an allegation against a person under 16 results in a prosecution, then so far as is possible, the hearing takes place in the Juvenile Court. But there are alternatives to criminal prosecution which should always be explored with the Department of Justice or the Police if possible. The Department of Justice will consider these alternatives having regard to, amongst other things, the seriousness of the offence; the background of the person, the age and maturity of the person, the family support and general prospects of the offender. We have experience in advising young offenders on the alternatives to prosecution, and, if a prosecution proceeds, the likely possible outcomes before the courts. See also Superintendents’ Discretion Scheme